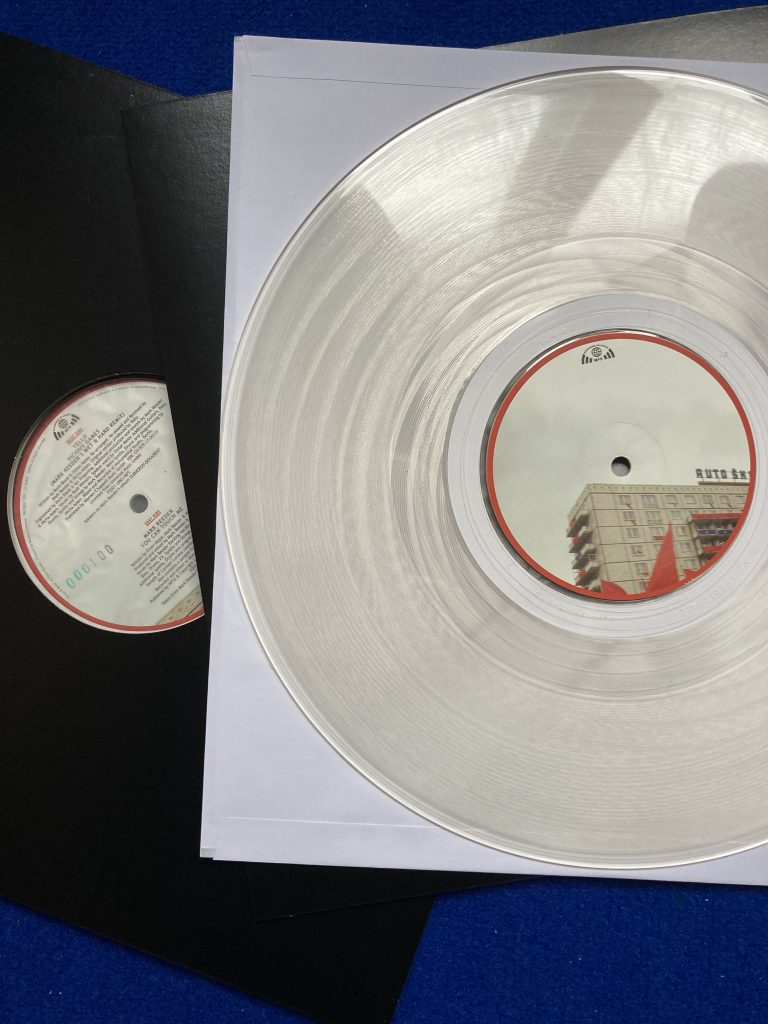 This is the full-length, Wet&Hard version, as featured on Mark Reeder’s digital album Subversiv-Dekadent – and it is only available on Bandcamp https://markreedermfs1.bandcamp.com/album/subversiv-dekadent

Vicious Games/You Can Touch Me is released on 180g crystal-kleer vinyl 12 inch and it is Limited to 250 copies only.

Price 20 EUR (plus postage and packing) 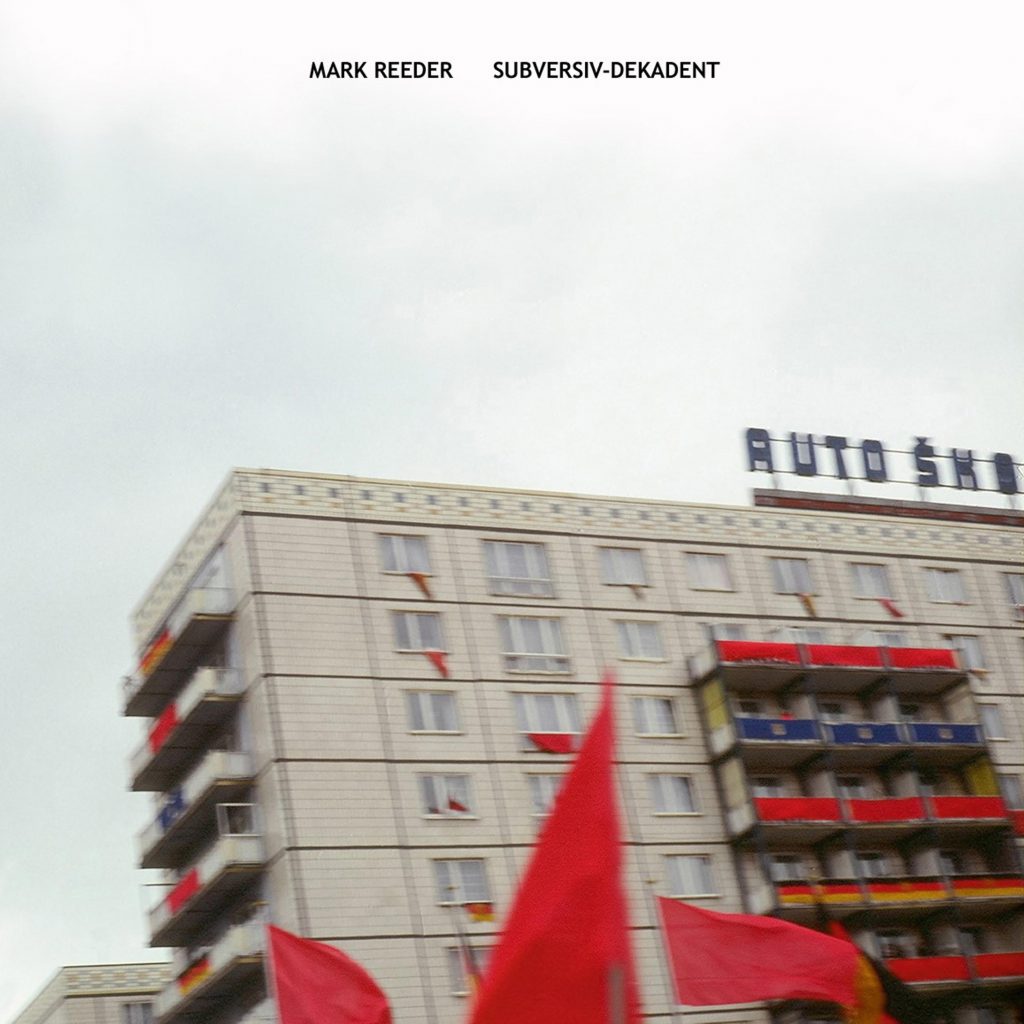 Mark Reeder’s SUBVERSIV-DEKADENT double album features his own tracks, and remixes for New Order, Yello, Liars, Alanas Chosnau, Fifi Rong, Zachery Allan Starkey, Queen of Hearts, Cemetery Sex Fairies, MFU, Mr Sam & Rani Kamal, Birmingham Electric, and STOLEN.
The album includes a special, exclusive alternative remix version for the latest New Order single – Be a Rebel (Mark Reeder’s Cheeky Devil Remix), and his reworking of iconic 80s hit, Vicious Games by Yello, as well as a couple of solo compositions.
It is a collection of tracks that Reeder has mainly co-written and produced with these artists from around the World.
As it’s presently not exactly permissible to travel, he presents audio images by artists from around the globe, from the USA to China and everywhere else in between.
STOLEN are from Chengdu, China. Fifi Rong is originally from Beijing, she now lives in London and performs with Yello from Switzerland.
New Order, Queen of Hearts, MFU and The KVB are all from the UK.
The Cemetery Sex Fairies are from Bonn, Germany, while Alanas Chosnau is from Vilnius in Lithuania.
Mr Sam is French, and Rani Kamal is from Australia, so are Liars. Birmingham Electric on the other hand are an American-Dutch duo, while Zachery Allan Starkey hails from New York City and we return full circle with DeerMx, who are from Mexico, but they presently live in Hong Kong. Mark Reeder lives in Berlin.
Reeder wants to show how we can cross borders culturally with music, especially when tolerance and open-mindedness seem to be teetering on the brink of a pit full of insanity, racism and intolerance, all ready to be pushed overboard by budding dictatorships and fuelled by the restrictions of not being able to travel to broaden our horizons.

Music is our only escape. Mark Reeder  March 2021

Available on iTunes and all other digital download platforms.

MFS is proud to present the ROAR sound of the new global underground for the 2020s with STOLEN from Chengdu, China.

We have relaunched the label with their new album FRAGMENT, available on limited edition double vinyl. You can order the album here. 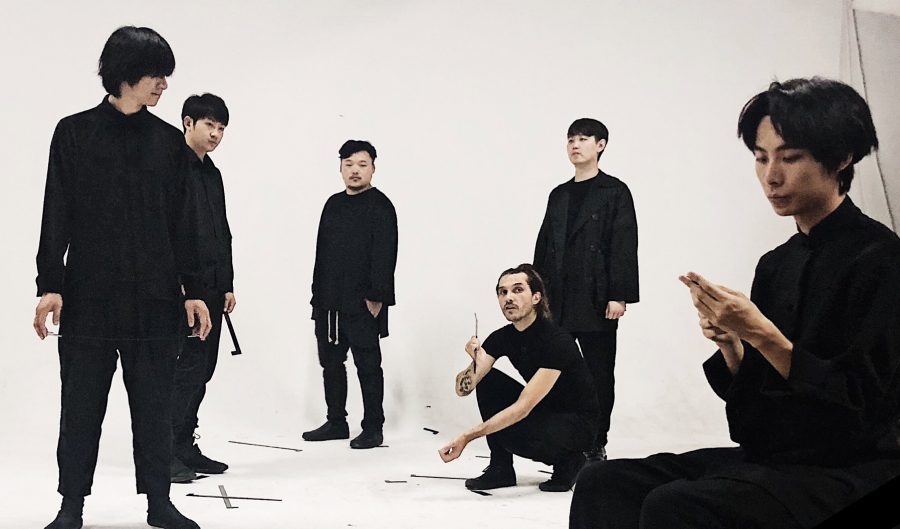 STOLEN were invited to support New Order on their tour of Japan in March, which was unfortunately postponed due to the Coronavirus outbreak. As a special lockdown offer, we have the UMAA Limited Edition Japanese CD Version of Fragment for sale, on a first come first served basis, just for fans. The CD comes in a replica vinyl gatefold cover, with Obi strip and inner sleeve.

You can order the Limited Edition CD here.
This extended-release, also features remixes of Chaos, by Japanese techno legend Takkyu Ishino (Denki Groove) and Japanese newcomer A-Bee, as well as Mark Reeder’s Downtown in Chinatown remix in its full-length version.

With MFS into the 2020s – Mark Reeder on STOLEN

‘I decided to reactivate MFS after working with a Chinese band STOLEN.’

In early 2017, I saw this band of working-class kids perform at the Morning House open-air festival in Chengdu, the capital of southwest China’s Sichuan province, where I was invited to DJ and show B-movie: Lust & Sound in West-Berlin. STOLEN were the headliners of our night and they were magnificent. I was blown away by their energy and the thrilling feeling from the excited crowd, I felt I was witnessing something special. 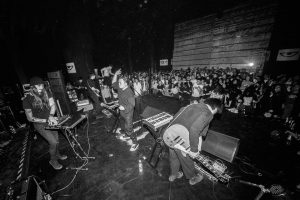 A few weeks before my China tour, I had been sent a couple of demos that STOLEN were working on. They explained that they wanted to move in a different direction musically, asked me for my thoughts and suggestions, I realised from seeing them perform live that their demos reflected nothing of their stage presence. They seemed like two different bands. I wanted to help them, not only to move up musically but also to be able to translate the thrill of their live shows on record.

We went into a small recording studio in downtown Chengdu, only to find there was no technician to help us, and the receptionist barely knew how to turn the power on. After recording some drums and the vocals, we decided to relocate to the bands’ home-studio set-up and record the rest there. This demo eventually became the first EP we recorded together.

STOLEN were determined to come to Berlin to record their second album. They wanted to feel the electronic vibe of the city, and so embarked on a tour that would take up most of their year. In early 2018, they finally came to Berlin to record FRAGMENT with Micha Adam and I. During the production of this album, I couldn’t help wondering what will these boys do with these recordings once we have finished? They obviously knew what would happen to their album in China but in the West? Who knows? Maybe a label might like it and eventually pick it up? Maybe… 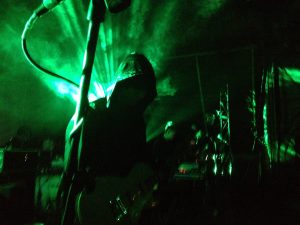 This is a mixture of Rock, Psychedelic and Techno sound with an Oriental edge, and all sung in English. I confess, I was concerned and thought, probably no label would understand just how dedicated and determined these lads are to putting China on the musical map.

I remembered that I had originally created MFS in 1990, as a platform for all those young Eastie kids whose Techno potential had, up to that point, not yet been realized. MFS was there for them because no Western label was really interested in what was coming from the East. They were only interested in selling their stuff to the Easties.

Eventually, I stopped MFS in 2008 because I got bored. I put MFS on ice, and went back into remixing and music production and said to myself I would only reactivate MFS if ever I found something really worthy…

Suddenly, here was something that was really worthy. STOLEN’s music touched me and I felt I was back where I started. I felt extremely privileged. There is a new and exciting music scene emerging in China, a new wave that wants to create an imprint of originality and not just a copy of Western music. They have a difficult struggle ahead, remember, they live in a Communist country, all music and lyrics still have to be first approved by the authorities before it can be released in China. Yet such obstacles only make STOLEN more determined to succeed. We also have to take into account, we in the West have had a 50 years musical head start, and for young Chinese, the access to a wide variety of music from all genres is available for the first time, but they are all optimistic and the music that is being produced by STOLEN reflects that.

I have just produced an album by what I believe is a great band from Chengdu, a band that is spearheading a new generation of music fans and I felt compelled to reactivate my label just for STOLEN from China. 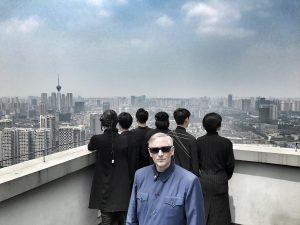 STOLEN represent the credible face of new Chinese music and fashion scene, formed by young people who are determined to throw off the old image of China, to present a new and confident crop of very stylish, creative musicians and designers. Their style mixes familiar Psychedelic, Post-Punk Rock sounds with Techno, but by adding a touch of the Orient, they have created their own self-styled Sinographic sound. Ultimately, STOLEN provide a welcome cultural counter-balance to the flood of K-pop and C-rap emerging from the East, proving there is definitely something else out there.

This is the new Chinese musical underground scene at its raw beginnings. STOLEN are not only spearheading a new generation of creative Chinese bands, they are changing the face of Chinese music, and the sound of MFS.

As for MFS, I wanted to leave the restrictive Trance-label image of the 20th century and change the concept of MFS entirely for the 21st, only releasing electronic music that I have personally been involved with, either as a producer, remixer, musician or songwriter. Jan 2019